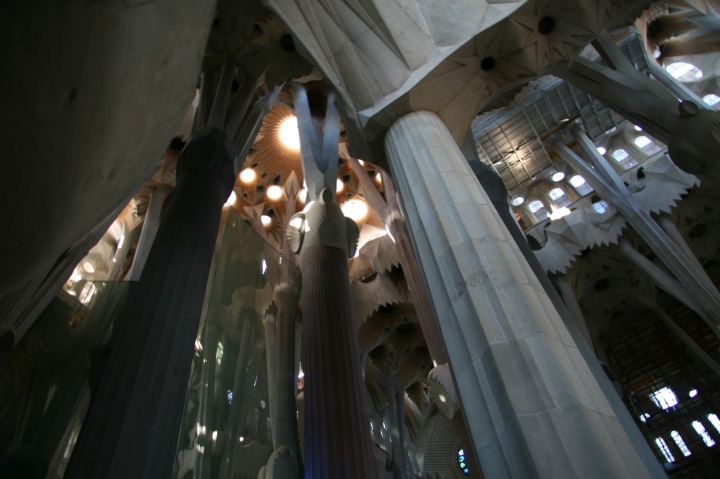 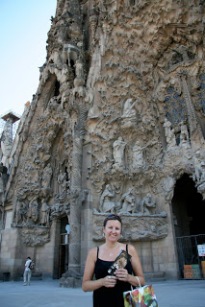 The flight from Toronto – Helsinki was pretty uneventful with a lot of sleeping and severe Finnair service. When we arrived at Helsinki Airport we were struck by the number of Finns sitting in the lounges drinking wine. I love Europe!

We spent 12 Euros on water and salami, cheese and cafe lattes and relaxed in the lounge as we waited for our flight to Barcelona. Sophie began to complain of stomach ache so I decided to give her a Gravol.

She looked at me and said, “Mom this tastes terrible”

She chewed up the Adult tablet that I had mistakenly given her as apposed to the kids chew-able and before we knew it she had passed out. Poor thing, it must have tasted awful. Ugh,  I guess I am not getting the Mother of the year award for another year. 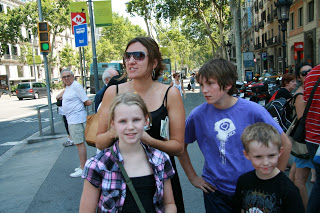 We arrived at Barcelona, no worse for wear when we faced our first major problem. One of our bags was lost. It was the first time in years that we had lost a bag and I was obviously not happy.  Finnair does not have an office in Barcelona so we were pretty much told…sorry we have no idea where your bag is…you just have to wait and see. We filled out all the forms and left for the hotel.

None of the taxis at the airport would transport our family. They said it was a four person maximum which essentially meant that It would take two taxis and 70 Euros to get to the hotel. I refused. We took at train to the subway and a subway to the hotel…total cost for five…7.95 Euros! It was quite easy and way cheaper. Totally the way to go, the train and Metro were really easy to use and although I was aware that we were pickpocket targets nothing happened. Once we arrived at the hotel it was 11:00 PM we ditched our bags and went for dinner at the base of the Sagrada Familla Cathedral, the best part was no doubt the 7 Euro bottle of wine, the view of the Cathedral and the lively street scene so late at night. 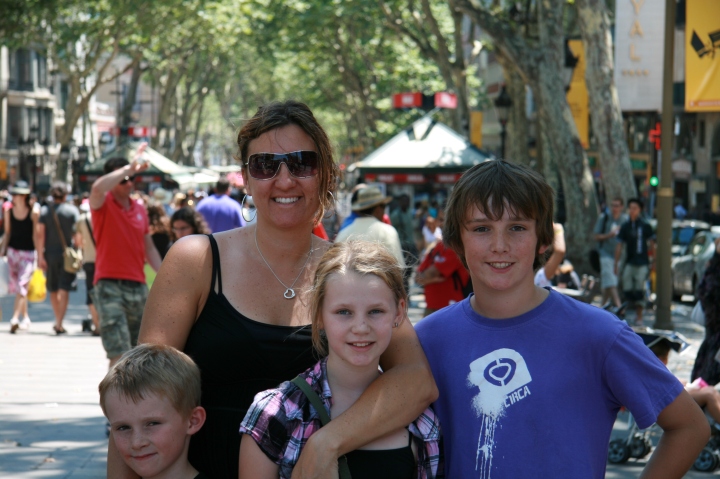