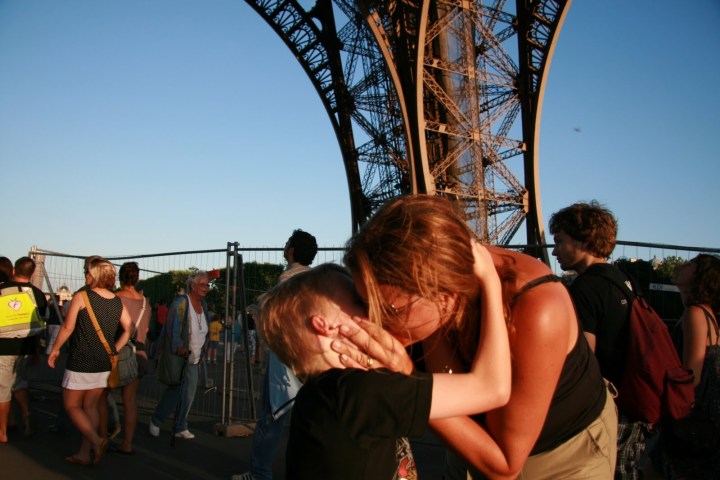 Okay, I am semi-recovered from the Paris portion of our trip. It has taken two full days of spoiling by Colleen and Falco to return me to my normal self.  I will now try to catch up. The next few posts will be about our four days in Paris.

We were up early this morning to drive to Marseilles. We had asked the front desk clerk how early he thought we should leave as the GPS said it was a 20 minute drive, ” An hour or two,” he said. It was lucky we left early and listened to him! The drive into Marseilles was nothing less than terrifying, I can honestly say that driving a car into the third largest city in France was not something for the faint hearted. At times we were surrounded by hundreds of crazy drivers swerving and honking at us and other times we crawled along at no more than one km an hour. I highly recommend not retuning rental cars to city locations. It was a huge contrast to the nice small city of Narbonne where we picked up the car, returning the car was incredibly stressful.

Once we got rid of the car, we found our train and settled in for the 3 hour ride to Paris. It was fantastic, super quite, really fast and nice and comfy. On arrival in Paris at 3:45 PM we made our way down to the Metro station where the madness began. The subway was absolutely packed with people, Chris and I split up the kids and held on to our bags and literally pushed our way onto the subway. It was scary and hot and I was sweating buckets by the time we got off at our stop. We went up the escaltor, kept away from the gypsies and homeless lunatics to get to street level…ahhh Paris, it was beautiful, the past half hour of subway hell was forgotten. 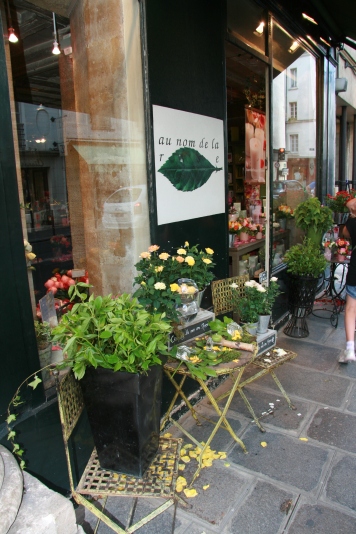 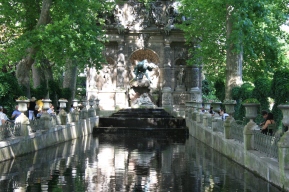 We found ourselves in front of Notre Dame Cathedral which is breathtaking. We pulled our suitcases along the cobbled streets, through Bistros and shops and found our hotel just five blocks away from the center of Paris. On first sight the hotel is pretty shabby, but it is clean, run by a wonderful French family and super cheap, 155 Euros a night Breakfast included. We dumped our luggage in the room and hit the town.

First stop, dinner. We went into a fabulous little bistro and had pepper steaks, frites and wine, yummy! Then we got tickets for a river cruise and traveled up and down the Seine. It was a great evening that ended with a kiss from Joshua under the Eiffel Tower. We returned to our cruise boat which took us back to our hotel, we fell into bed at 11:30 excited about the next day.